Victory Kid Sports was founded in 2015 by Dr. Stanley, MA, DMin, and Dr. Melissa Patton, MA, EdD. The Patton’s value education and physical literacy, meeting children where they are. Dr. Stanley Patton, MA, DMin, is the CEO of the Victory Corporation and the Lead Pastor of Victory Church. He has a bachelor’s degree in urban ministry from The Moody Bible Institute, a master’s degree in religion from Liberty University, and a doctoral degree in ministry from Bethel Seminary. Dr. Melissa Patton, MA, EdD, is the COO of the Victory Corporation, and the Executive Director of the Victory Kid Sports Foundation. She received her bachelor’s degree in english/creative writing from Drake University, her master’s degree in community counseling psychology from Concordia University, and her doctoral degree from Benedictine University in education and organizational development. Collectively, the Patton’s are parents to Micah and Mason.

Both retired Division I track athletes; the vision was to develop a program in their Central Florida community that impacted children through sports and education. While developing Victory Kid Sports, the couple realized that sports could be used as a vehicle to begin meaningful conversations with children within their program. Since 2015, the Patton’s have established a national brand that is continuously adding locations and programming to meet families where they are.

Victory partnered with a local school district and multiple social
services agencies to provide free sports programming to kids who were underserved and underrepresented.

Victory launched its first spring camp, a free program to families with need.  Children were bussed to a location to experience the first ever - Camp Victory!

Victory transitioned their site into a Pandemic Pod for families who were essential workers.  Victory hired teachers and helped children with their virtual learning classwork.  In addition to schoolwork, Victory provided aftercare, recess, and sports programming.

Victory partnered with its sister organization to purchase 4725 N Courtenay PKWY, Merritt Island, which is the national headquarters for Victory Kid Sports. 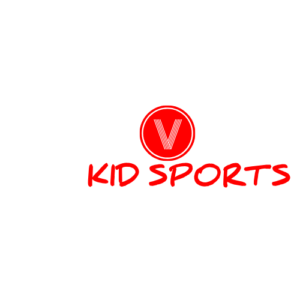 REGISTER FOR A PROGRAM